Papua – is the Indonesian part of the island of New Guinea (also known as Papua), lying to the west of the nation of Papua New Guinea. The territory is considered to include smaller nearby islands including Biak. 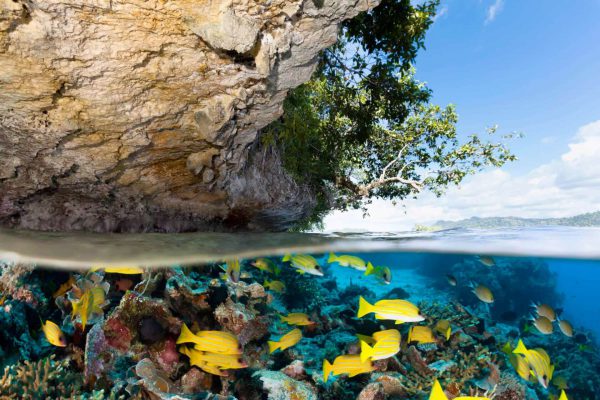 The region is predominantly dense forest where numerous traditional tribes live such as the Dani of the Baliem Valley, although the majority of the population lives in or near coastal areas. The largest city in the region is Jayapura. The official and most commonly spoken language is Indonesian.

Estimates of the number of tribal languages in the region range from 200 to over 700, with the most widely spoken including Dani, Yali, Ekari, and Biak. The predominant religion is Christianity (often combined with traditional beliefs) followed by Islam. The main industries include agriculture, fishing, oil production, and mining. Human habitation is estimated to have begun between 42,000 and 48,000 years ago.

The Netherlands claimed the region and commenced missionary work in the nineteenth century. The region was annexed by Indonesia in the 1960s. Following the 1998 commencement of reforms across Indonesia, Papua and other Indonesian provinces received greater regional autonomy. In 2001, “Special Autonomy” status was granted to Papua province, although to date, implementation has been partial and often criticized. The region was administered as a single province until 2003 when it was split into the provinces of Papua and West Papua.

Jayapura – is the provincial capital of Papua, Indonesia. It is situated on the island of New Guinea, on Yos Sudarso Bay (formerly known as Humboldt Bay). 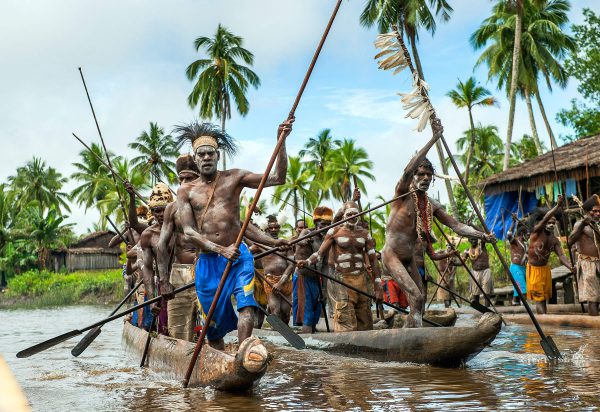 It borders Jayapura Regency to the west, Keerom Regency to the south, the nation of Papua New Guinea to the east, and the Pacific Ocean to the north. It has a population estimated at over 300,000 people. Jayapura is the largest city in the Indonesian part of New Guinea. It is served by Sentani Airport, located near Lake Sentani. A highway connects the city to Skow, a small town near the border with Papua New Guinea and continues beyond the border to Vanimo.

The government is currently planning to build a railway from Jayapura to Sarmi. Further plans could connect Jayapura with Manokwari and Sorong. The project is planned for completion by 2030.

Wamena – is the capital town of the Jayawijaya Regency of Indonesia. It is the largest town in Indonesian Papua’s highlands, in the Baliem Valley. Wamena is the urban centre of a rural area housing West Papua’s highest concentration of population, with over 300,000 people inhabiting the Baliem Valley and surrounding areas. 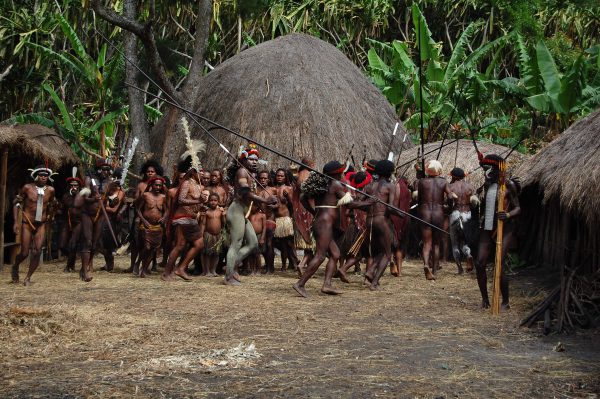 These people belong to a number of related ethnic groups, the most prominent of which are referred to as Dani, Lani, and Yali. Because of its relatively isolated location, the main form of access to the area is air travel. Wamena is the starting point for most tours and treks into The Dani and Yali tribal lands, and it is possible to reach by land Asmat lands from here.

The tours and treks range from local half-day walks to 30-day expeditions deep into tribal lands. For example, it is possible to hike nearly 100 km into the heart of Yali tribal country.