Labuan Bajo – is a fishing town located at the western end of Flores Island in the Nusa Tenggara region of east Indonesia. Once a small fishing village, Labuan Bajo is now a busy bustling centre of tourism. 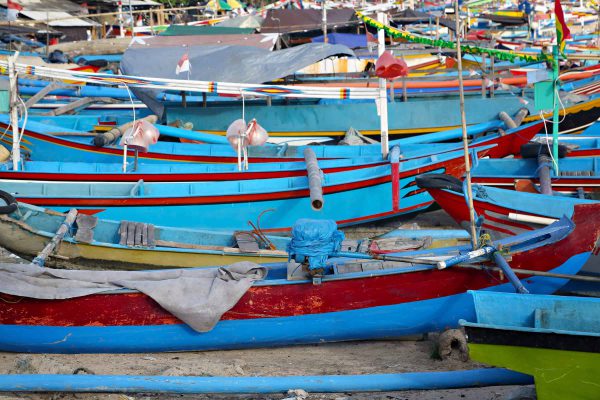 It is the launching point for trips to Komodo Island and Rinca Island, home to the famous Komodo dragons. Nearby Kanawa and Seraya Islands are a great opportunity to do some diving and snorkeling.

Another attraction is Kalong Island inhabited by colonies of “flying foxes”, huge bats that can be seen flying away in thousands at dusk. Within a few hours of Labuan Bajo can be found several waterfalls, trekking, and many diverse beaches.

The town is quite small and can easily be traversed on foot (in 10–15 minutes). There are various interesting churches and a mosque.

Komodo Island – is a part of the Lesser Sunda chain of islands (Nussa Tengara region) between the substantially larger neighbouring islands Sumbawa to the west and Flores to the east. 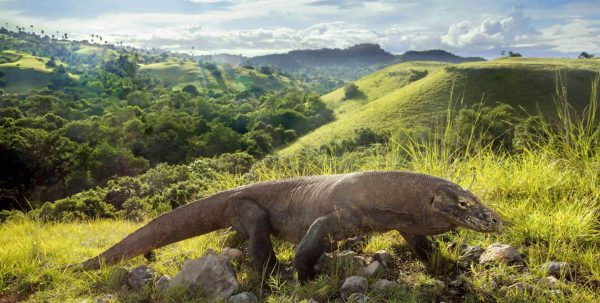 Komodo Island has a surface area of 390 square kilometres and a human population of over two thousand. The people of the island are descendants of former convicts who were exiled to the island and who have mixed with Bugis from Sulawesi.

The people are primarily adherents of Islam but there are also Christian and Hindu congregations.

Rinca Island – also known as Rincah and Rindja, is a small island near Komodo and Flores Island, located in East Nusa Tenggara region, within the West Manggarai Regency. 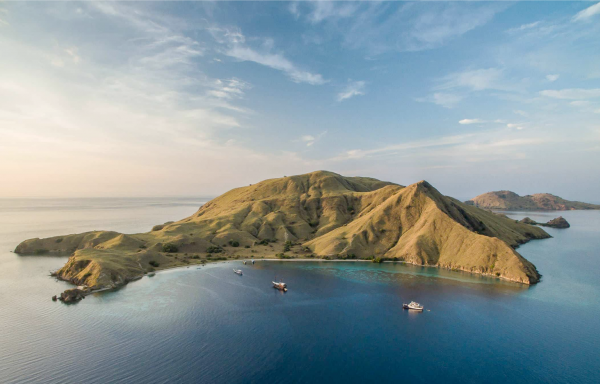 It is one of the three biggest island parts of Komodo National Park. The island’s area is 198 square kilometres. The island is famous for Komodo dragons, giant lizards that can measure up to 3 meters.

Rinca is also populated with many other species such as wild pigs, buffalos and many birds. Being less known and less visited than Komodo, it is a good place to see the Komodo dragon in its natural environment with fewer people to disturb them.

The island is also a perfect spot for diving and snorkeling. The underwater life is one of the most diverse in the whole country.

Pink Beach (Pantai Merah) – is one of only seven pink beaches on Earth. This exceptional beach gets its striking colour from microscopic animals called Foraminifera, which produce a red pigment on the coral reefs.

The tiny fragments of red coral combined with white sand cause the mixture of soft pink colour that is visible along the shoreline.