Indonesia is said to be a country where the sun never sets. Bright beaches, turquoise waters and amazing coral reef can be found here all year round. It is an archipelago that consists of over 17 500 islands and extends over about 5 000 km along the Equator. It is a sort of a bridge that connects Asia with Australia. Due to its localisation, Indonesia is very attractive not only because of unique variety, but also eternal summer, everlasting warmth and sun. Indonesia is such a long country, that there is always an island where the dry season is. Therefore, tourists don’t have to be afraid of facing bad weather or rainy season. It is just enough to search for a sunny island.

At this latitude, the seasons we know, do not exist. There is neither cold winters not greyish autumns. Here, only two seasons can be distinguished: dry and rainy one. They divide the year more or less in two equal parts. A dry season occurs from May to September and a rainy one does from October to April. In the most country the differences between these seasons are imperceptible. The temperature doesn’t change much, and it is only rainfall that can be noticed. Changes are more observable just in the area of Nusa Tenggara. If there is rain, it usually rains cats and dogs; if sun comes out, it seems to burn everything. An average temperature oscillates around 260C, however the humidity level is usually very high. It is also crucial to bear in mind the fact that temperatures differ between day and night. It happens often on West Papua, Baliem Valley, in the mountain area.

When not to go

It is an ambiguous answer. Everything depends on what we intend to do, but generally speaking July and August are the worst possible months to go. There are two reasons why. First of all, it is the most touristic time and all over the country there is innumerable amount of people wandering around. Cities and all touristic attractions are overcrowded and due to it prices become much higher and reach unreasonable levels. Barging is not possible then. For Indonesians it’s time of highest earnings and for tourists time of highest spending. It is actually called ‘high season’.

Moreover the ending of Ramadan is not a good time for travelling around the country. Islam is a dominating religion here, and because of it there is one month a year devoted to calm down and reflect on life. The end of it means returning to a regular life, so many local people go on holidays, they spend time in most attractive places nearby, which means touristic attractions of course. Every single place is overcrowded. Such thing happens regularly in Bukit Lawang, Sumatra. That small town on the edge of National Park Gunung Leuser, in the rainforest area, is occupied by twenty times more visitors than inhabitants themselves. Due to it there is no place to spare.

During Ramadan almost everything is closed: restaurants, bars and even ‘warungs’ – streel food stalls. Even in touristic places it is so. That’s why travelling over Indonesia at that time is not a good idea.

The answer to that question is a kind of a never-ending story. Again, it all depends on what we intend to do, and where we want to go. The weather allows us to visit this country all year round, as the sun never sets here. 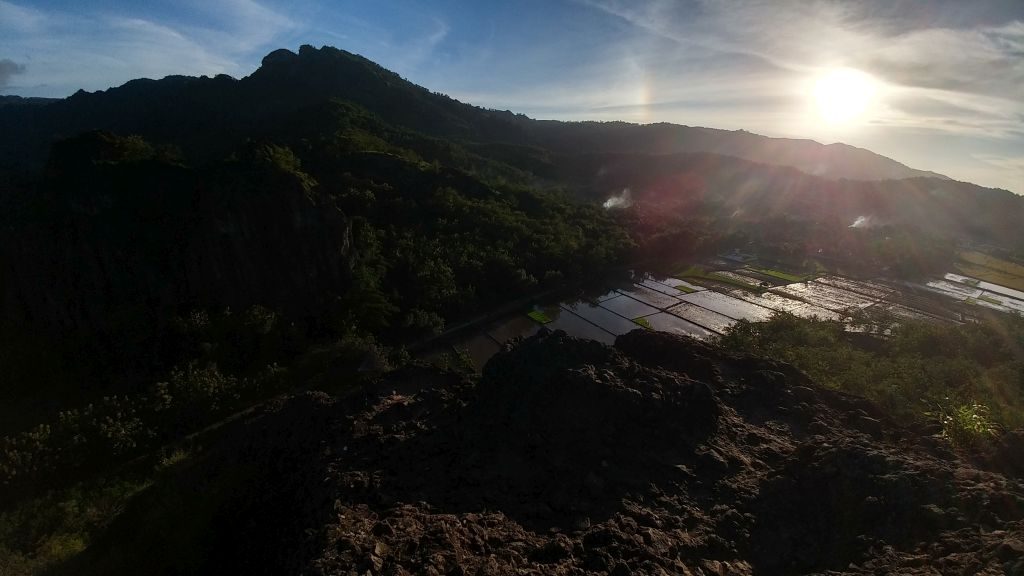 Weather characteristic on individual islands will be quite useful now. Let’s start with the easternmost one: West Papua. Defining the weather here is a tough task, due to diversification of the area. The northern part is mainly mountainous, with very high peaks covered by snow and ice. The highest summit is Carstensz Pyramid, 4 884 meters high. The further south we go the more flat terrain we face. The south part of the island is lowland, marshy, with plenty of rivers and swamps. That part is covered with rainforest. Here the temperatures differ much, between day and night there may be a significant difference. The best time to come on West Papua is between April and June, before rainy season starts. However, Raja Ampat is most hospitable between February and April and then at the end of the October and at the start of November. That is the best time for diving and doing snorkelling in the most spectacular coral reef in the world.

The island is clearly divided into two parts. Rainy season in the south occurs between October and March, whereas in the north it occurs in June and July. Temperature fluctuations are significant but it hardly ever goes below 250C.

The best time to come here is between April and September. Rainy season occurs from November to February, it can be a real pain in the neck. Intense rainfall is often but does not last long.

A tourist can benefit the most from April to October. It is dry, although rain occurs from time to time. The temperature is acceptable and oscillates around 300C, unfortunately the humidity is pretty high, as everywhere in that country.

Temperature is quite similar to Javanese. While talking about rainfall, the island can be divided into two parts: northern and southern one. Rainy season in Aceh and Gunung Leuser National Park is between October and January while in the southern area it’s from January to February.