It is located high up in the mountains of Central Papua at an altitude of 1,600 meters above the sea level. The valley is 60 km long and 16 km wide, surrounded by steep green mountains, the highest of which is Tikora at 4750 meters. This is a home of the Dani tribe. The biggest town is Wamena, with the population of about 30,000. However, there are no asphalt roads and the only connection to Jayapura, the capital of the province, is by air. Planes land and take off only during the daytime, as at night it is too dangerous. The airport is very tiny, hemmed in by high peaks.

This is the most famous, but not the only tribe that lives in the valley. It is inhabited by 300 000 people who created tribes such as Lani or Yali. Dani villages are spread over valley, yet most of them are located on the mountainsides. Visiting those that are in the lowland doesn’t cause many problems, however the situation changes as long as the upper villages are concerned. To get there we have to trek mountainous paths, that are much than amazing, as they provide breathtaking views. Picturesque as they are, following the road is a kind of a great challenge. On the way there are plenty of rope bridges, streams, dense forests and swampy meadows. With every single step a walker feels not only as if they overcame kilometres but also as if they stepped back in time. The villagers are absolutely cut off from civilization, isolated and they live in accordance to their old customs which their ancestors professed. Dani live in wooden thatched huts with no access neither to electricity nor other facilities. Every Dani village is the same. It is surrounded by wooden fence that is built to protect villagers not only from enemies but also from bad spirits. The most important house is in front of the gate and is called pilamo, that is a men’s house. No woman is allowed to go inside. It is a home for men and boys, who are taught by their fathers Dani’s traditions, customs and legends apart from it men teach the youth everyday activities such as hunting, fighting or making fields ready for cultivation.

As there is a polygamy in Dani, there are many women’s houses in the village, as every woman and her kids live in a separate hut. Kitchen is very important and its shape differs much. The kitchen is pretty long and in a shape of rectangle.

The first missionaries arrived in the valley in the 1950’s and from that moment on the process of Christianisation began. Nowadays Dani claim themselves being Christians however the religious syncretism is so common that it is extremely difficult to understand their beliefs. Sometimes it is even impossible. Dani, first of all, believe in spirits and have their places of worship. Such a place can be anywhere and everything can be ‘holy’ for example a stone, a tree, a meadow, a stream, a hill etc.  Nobody apart from tribal elders is allowed to enter the place of worship just not to disturb deceased. The process of funeral and burial itself is actually so complicated that only Dani can understand it.  It is crucial to follow the rules just to help the spirits to leave the worldly world and transform into birds. Dani believe they originate from birds and therefore their life is absolutely subordinate to birds. It is best reflected by their outfit.  They decorated their bodies with feathers. They wear plumes both on their heads and necks. Dani believe that plumes protect them and also give them agility of the bird. 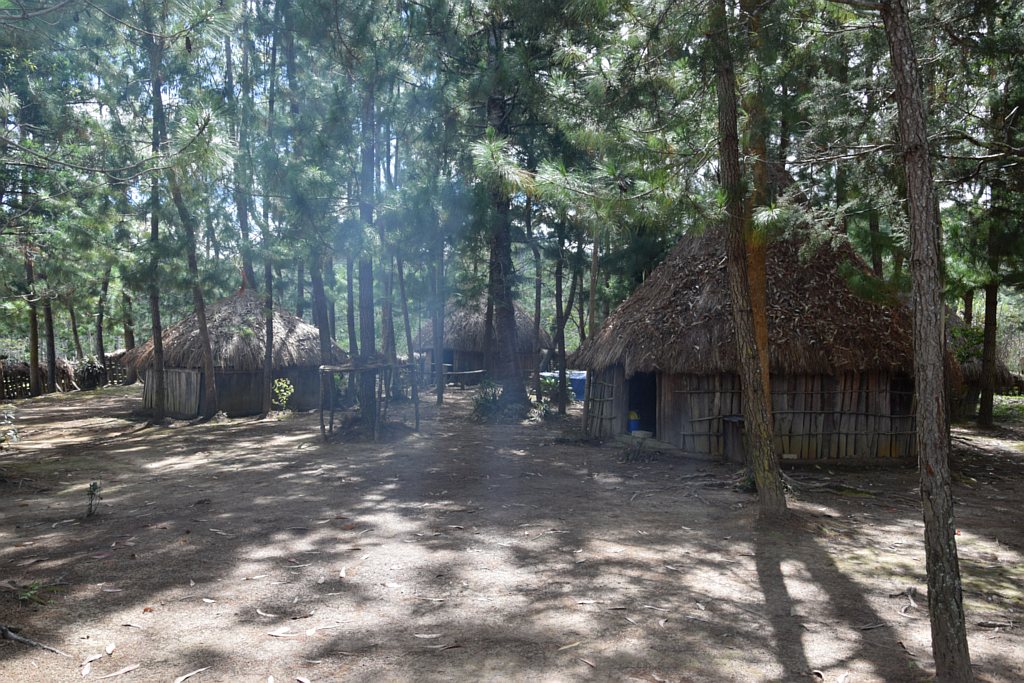 The bonfire is the most important aspect of their tradition. It is usually lighted for very special occasions like funerals, weddings, chief’s choice or boy’s initiations. In the past it was lighted on warriors returning homes, but now, as official tribal wars are banned, there is no need to light ‘war bonfire’. The bonfire is used for baking potatoes and pigs, the basic Dani food.

Pig is crucial for Dani. It is very expensive and that is why it is killed very rarely. Pig is used as the payment medium. Three pigs are enough for Dani to get married as one wife costs three pigs. Women treat pigs like puppies. They choose a small one and take care of it until it grows. It happens often that they breastfeed a baby and a pig at one time.

To show their sorrow Dani women cut off their fingers. Mourning time is very difficult to them and this is how they memorise it. In the past there was a very popular custom of mummificating the most outstanding chiefs. Every clan got such a mummy, yet nowadays there are only three of them left. Tourist can visit mainly one of them, the mummy of chief Memete Mabel from Kurulu tribe. This mummy can be found in Jiwika village and is  several hundred years old. All the mummies are kept in their huts, and they were mummified with smoke.

The Baliem Valley is an accessible place for tourists, they can easily get here by plane. Actually no other way is possible, yet the flights here are very often and they are from Timika or Jayapura. Nowadays in Papua live the last generation of those, who live in accordance to their ancestor’s beliefs, in absolute harmony with nature and tribe’s traditions and customs. They are really worth being visited, now, until it is not too late.