Toraja are people who live in Sulawesi which is one of the Indonesian islands formerly known as Celebes. It is situated east of Borneo and it is the world’s eleventh largest island. The area is mainly mountainous covered by tropical rainforest. It is also a home for numerous volcanos. The shape of the island is very unusual, actually its particular shape makes the island looks like a huge octopus. It has four long peninsulas radiating out form a single body. Sulawesi has an area of 175 000 square kilometres. The island is very interesting form the cultural point of view, it is inhabited by fascinating ethnic groups, most of which is Tana Toraja. Torajaland is the region of Toraja people, famous for its funeral ceremonies and for their buildings shaped like a boat.

According to some sources Toraja arrived to area of Rantepao from the southern part of Celebes by the river Sa’dan. They used boats for transport. They were extremely important for Toraja and that is why they built their houses in a shape of boat. The boat-shaped roofs show at once, that Toraja are the people of sea. Other sources tell that their roofs are in the shape of buffalo horns, which are crucial for their culture. Actually, Toraja could not exist without buffalos.

Tongkonan is the name of the traditional house. Frankly speaking, such a house is kind of a symbol, reflecting all their beliefs and their faith. The house represents The World. It is divided into three parts. The lower part reflects the Hell – in our understanding of that word; the highest stands for the Heaven; while the middle one, where the people live speaks for The Earth. Entrance is always on the eastside, as east means ‘rise’ or ‘the birth’. Gods and spirits Toraja believe in, enter houses from the north, so that is where their bedrooms are. According to their beliefs The Death comes from the southern direction, so the southern rooms are devoted to only to those who died. The traditional houses are very nicely painted, and are richly decorated. The patterns consist of geometric figures. 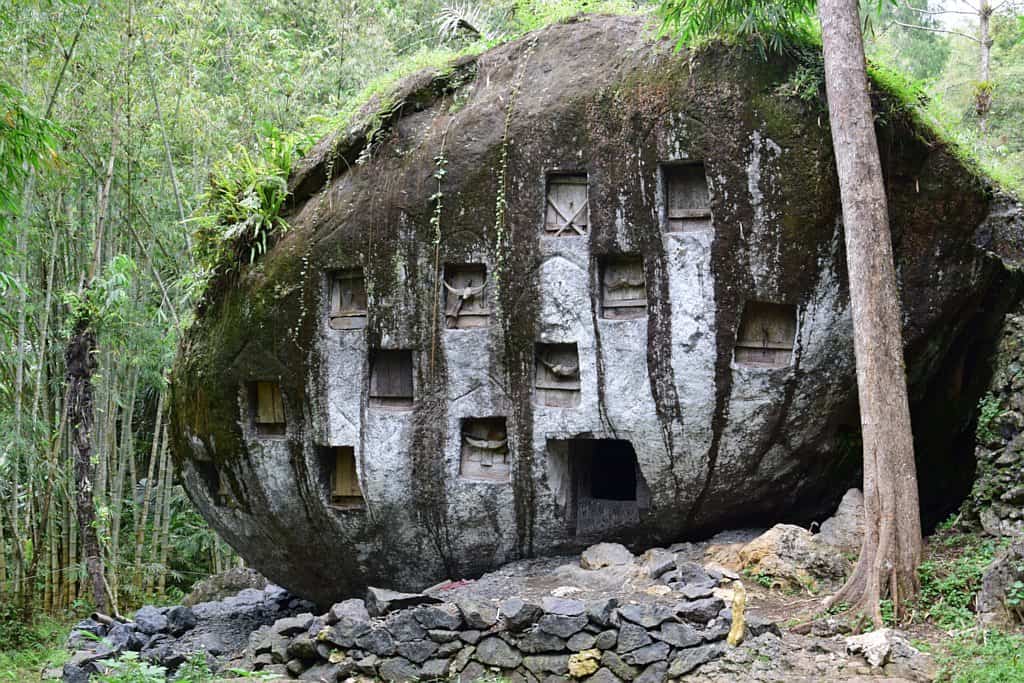 Toraja are known for their funerals. They are famous all over the world, as it is the only ethnic group where life revolves around death, however not in a morbid sense. For them a funeral is a great celebration of life, and an occasion in which the entire family of the deceased take part. The one who dies is not buried at once, like in great majority of cultures, but is embalmed and stored in a house, together with their family. The corpse stays there, often for few years. The deceased is referred to as a sick person, or ‘the one who is asleep’. While waiting for the funeral, the length depends on how long it takes the family raise the money, the corpse is fed, cared or even taken out for a walk.

The money is spent on buffalos, the more buffalos are bought the better. In the very last day of the funeral, the seventh, they are all killed by having their throats cut. The buffalos death, according to Tana Toraja, is crucial for the deceased. It helps him, or his soul, to move to the other world. Dead buffalos create so called ‘bridge’ between two worlds, and open the gate to the Land of the Death. Buffalos are extremely expensive, especially pink ones, their price can be compared to a middle class, brand – new car.

The funeral cannot take place until all the procedures are done. The corpse is buried in a cave and special figures are put in front of the cave, which are called tau- tau, and they are a spitting image of a dead person.

The oldest cemetery in the area is Londa being as well the biggest burial cave in Torajaland. First corpse were buried here 2 000 years ago. In the 17th century it became a tomb for the people from upper class. Nowadays, there are no more funerals but the cave is opened to the visitors.

Lemo is another old cemetery of Toraja. There are also many original tau- tau here, most of them with their hands pulled forwards. That gesture has several meanings. According to one version it means that tau-tau ask visitors for memory for the dead, another claim that this means catching a morning sun.

Toraja also have very unusual attitude towards late babies and children. They are ‘buried’ inside the trunks of growing plants so they can be ‘absorbed’ by the nature. Villagers hollow out holes in huge tree trunks before wrapping the deceased child in a cloth and then placing the infant inside. In one trunk up to 20 babies can be ‘buried’, but that depends on the size of a given tree. 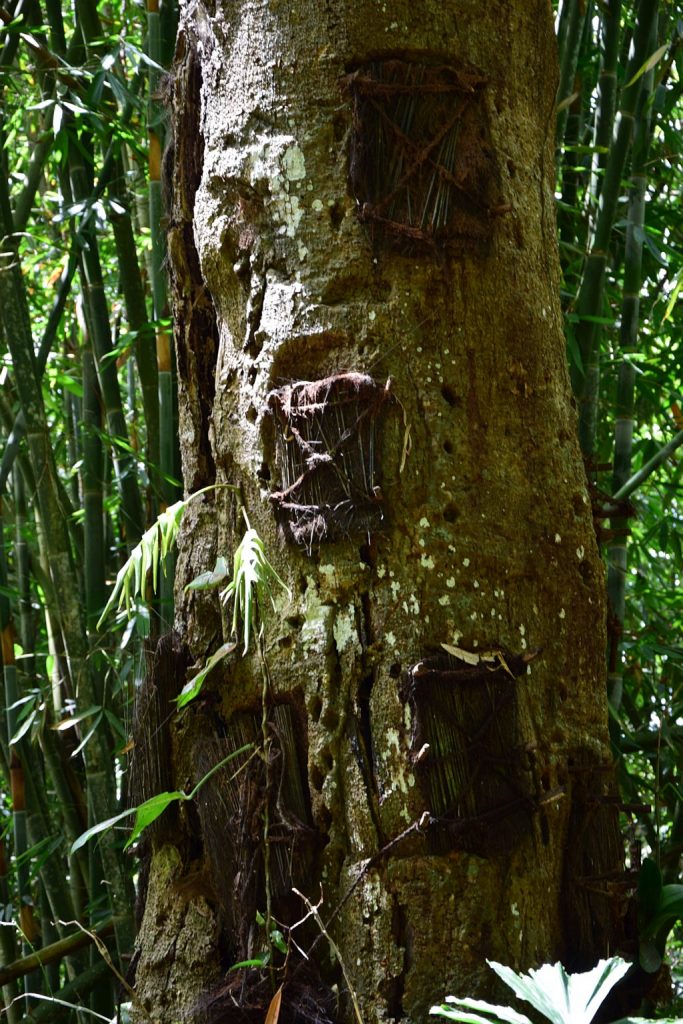 Tana Toraja have a very rich and unusual tradition. We could not accept it, as the tradition is very cruel, especially when it comes to animals, but it undoubtedly is a Indonesian heritage, important part of its culture. Torajaland is really worth being visited, and being learnt; just out of respect for the world, native tribes and their cultures, often vanishing ones.