Lombok is one of the Indonesian islands in the west of Nusa Tenggara province. It forms part of the chain of the Lesser Sunda Islands and is located east of Bali and west of Sumbawa. This island is much less popular than nearby Bali which is a pity because Lombok is in fact no less magnificent. Because of its location it has as spectacular beaches and bounty of nature as Bali. Being out of the centre of tourist’s crowd, party noises and city buzz, it is easier to relax here. Unfortunately, apart from having countless advantages, Lombok, as the rest of the marvellous Indonesia, has one disadvantage.

Such a disaster has recently appeared in Lombok. From July 29th to 20th of August 2018, that is in less than a month, this island has shaken three times. But secondary waves occurred dozen times. On July 29th a 6,4 magnitude earthquake struck 1 km southwest Lelongken at approximately 06:47 local time. The quake injured 162 people and damaged thousands of houses. Electricity was cut off in the worst-hit area, Sembalun, a sparsely populated area of rice fields and the slopes of Mount Rinjani ( 3726 m) on the northern side of the island.

The quake had caused a landslide on Mount Rinjani, resulting in the closure of the mountain’s hiking path. The hike is popular with western tourists and about 800 of them were stuck there. Hundreds of climbers were being evacuated and they are safe now, but soon after it there were about 60 aftershocks. Despite the overwhelming panic, as the earthquake was very strong, the rescue operation was launched and led without any problems. 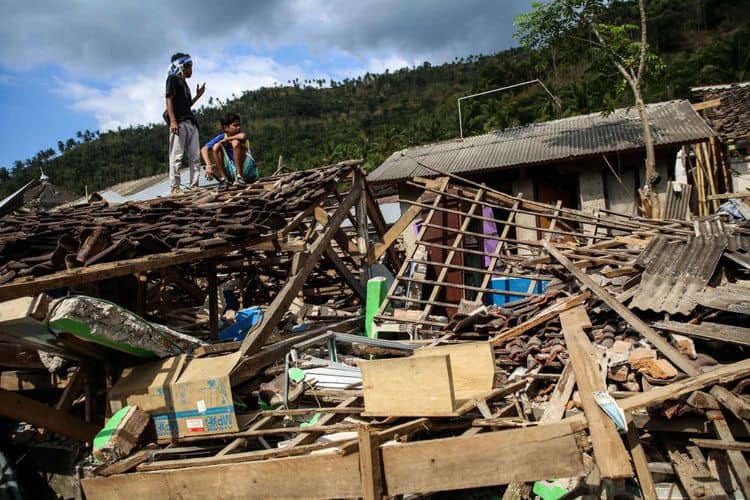 There was another earthquake on Lombok, much stronger than the previous one, on 5th of August 2018. This time it was of the magnitude of 7. Again, it was a panic stricken situation. The tragedy was worsened by the fact that this was pretty shallow quake, something about 15- 30 meters deep, which made demolishment so extreme. The deeper quake the less damages on the surface, but this time the quake was really shallow. Moreover, a tsunami warning was issued as a result, luckily it had never come out. The waves were about 50m high and they were not a direct threat. However epicentre was located near the Rinjani volcano, 14 km away, which arose another danger of volcanic eruption. The eruption is not sure, but more than possible. The ongoing situation is being monitored. NASA data shows that Lombok has risen 25 cm in the nearest distance from epicentre. In further regions it has risen up to 10 cm. Widespread damage was reported in Lombok and even Bali and 400 died.

19th August was reported as another black day on Lombok. Indonesian National Board for Disaster Management informed about next very strong shocks. That caused the panic to spread all over the area. Actually,  three different quakes occurred on that day. The first one in the morning, about 10:00 a.m. local time, it was of magnitude 5,4. Next one came at 11:00 a.m. local time with a magnitude of 6,5, and the last one , in the evening, of 7. All epicentres were in the north of the island. This time the damage was not so serious comparing to previous one. One person died, about 100 houses were demolished, the was a blackout in the area, and because of landslide  some tourists were struck in the Rinjani National Park. Luckily, this time there were no severe damages.

This series of events led to panic among both tourists and local people. However, tourists’ situation is much better, as it is enough just not to visit Lombok for a while, for their own safety. Locals, on the other hand, are in much worse position. Indonesian National Board for Disaster Management does not exclude the possibility of another severe earthquake, that can be tragic in consequences. 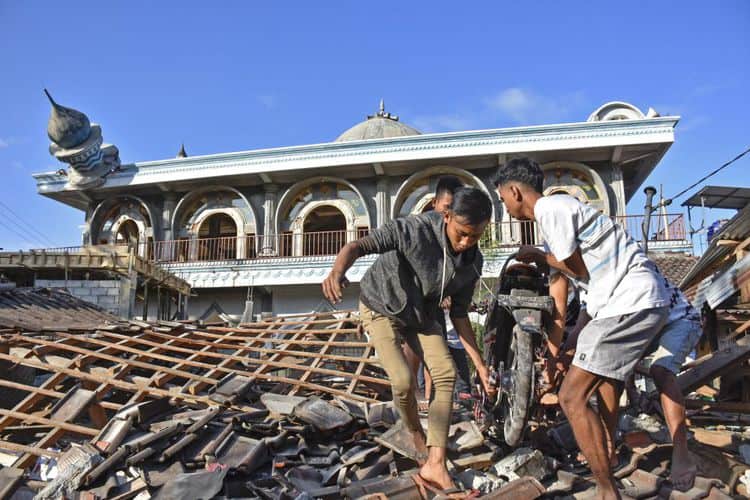 Well it is commonly known that there cannot be always good or always bad only. There is neither ideal paradise nor hellish hell. The world has been changing and as something passes something new comes each time. It is crucial to remember that that series of quakes will cease one day, and Lombok again, will become one of the Indonesian islands that attracts tourists by its calm, spectacular beaches and happy local people. All we have to do is just to listen carefully to all the messages issued by the services, and absolutely obey to them. Everywhere in the world, does not matter where we are. Everywhere can a disaster occurs and everywhere can it cause severe damages.