That question is commonly asked as they are two destinations which seem to be so identical. The reality doesn’t look like this. There are many differences as far as they are concerned. Thailand is much bigger, but it is Bali which ,by no means, is more peculiar. Thailand is a very popular place but Bali attracts more tourists. Bali offers spectacular golden beaches, not so overcrowded, and most of all more clean. It is also a paradise for surfers. Service offered here is of the highest quality, and security has improved over the years. The dominated religion on the island is Hinduism which makes the atmosphere really unique. There are many options for vacation on Bali, for example active volcanoes trekking, where lava can be seen, with some luck on a tourist can even witness a volcano eruption. However, there are two facts that are really crucial. First of all, that relatively small island can boast of unfrequented places, such that are not habitually visited. On Bali native tribes can be met that live in accordance with old customs and traditions, following the nature. They do not assimilate with surroundings and do not even speak Indonesian. It is not an open-air museum but a real village, a perfect place for those who want to learn Bali’s culture and traditions. It is absolutely fantastic that no sexual tourism occurs here, on Bali, which discourage Thailand. 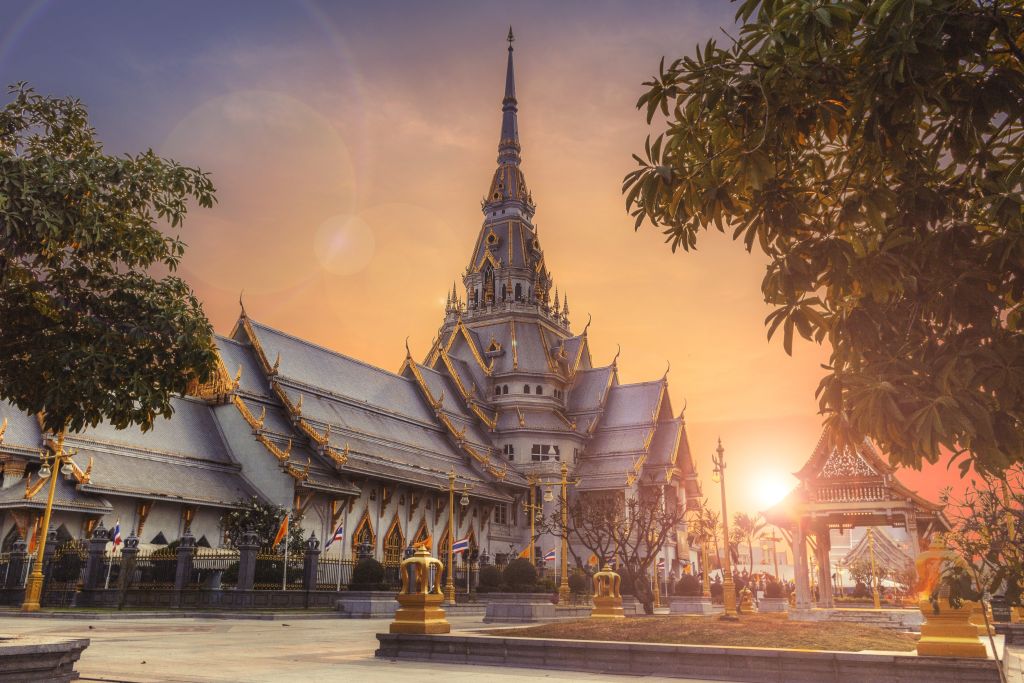 Bali is a small island 145 km long and 80 km wide, that covers the area of 6 000 km2. Actually it is 6 000 square kilometres of diversity not only in terms of landform but also lush nature, religion and cultures. Bali is mostly Hindu but Muslim, Buddhists and Christians also live here. All of them live in a perfect harmony and they don’t disturb one another. About 13% of population is Muslim and they live mainly in Padang Bai, a small port town in East Bali. Singiraja is the town with strong influence of Hindu, Chinese, Arabic, Malay and Javanese cultures. It is actually a trade centre of Bali, as it has always attracted newcomers. The local architecture is influenced by Chinese and Arabic merchants what makes it really charming. Such a diversity doesn’t exist in Thailand. Singiraja is worth being visited because of the outstanding library Gedong Kirtya, that was founded by the Dutch in early 20th century. There is a huge collection of over 3 000 Balinese manuscripts and the biggest collection of lonar, traditional texts written on palm leaves. Moreover it is Singiraja that has won the national competition for the best-preserved and the most clean city of Indonesia.

Bali is covered by lush nature. There are beautiful rice fields, dense forests, high mountains, active volcanoes, spectacular waterfalls, breathtaking lakes, fabulous bays and coral reefs. For example Lovina is an awesome town where dolphins can be seen in their natural environment, not in a pond. In South Bali a tourist can face deer that spend most of their time on local beaches. As written before Bali is famous for its rice terraces that are inseparable part of local landscape, and it is them that create a special atmosphere on the island. They are placed in central part and overwhelm the scenery with nothing more but utter greenery. Thailand can also be proud of its rice terraces, but not such a landform is available there. Hills covered with terraces and palm trees are unique and beautiful and are to be found only in Bali. Volcanoes as well create the specific atmosphere, they also attract tourists from all over the world. While trekking, a visitor can not only be moved by outstanding views but also by seeing extremely hot lava flowing right under their feet. Observing the crater is one of the undoubted attractions of Bali, not to be faced anywhere in Thailand, doesn’t matter how big the country is. Bali is also full of beautiful waterfalls some of which are to be obligatory seen. 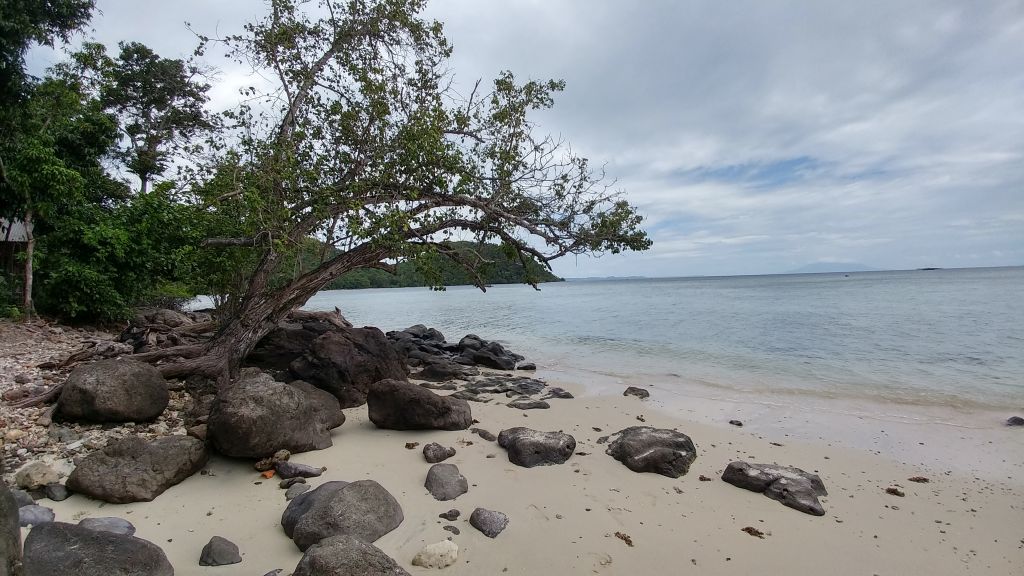 Beaches of Thailand, especially those in Pattaya can astonish. The fact of being one of the most touristic and overcrowded places in that country, does not justify its terrifying and omnipresent dirt. Beaches and waters are extremely polluted not only by sewage but also by infinite rubbish. Everything can be found there: food packaging made of plastic, plastic bags, bottles and from time to time such frick of nature as floating TV set or an old chair. It can be easily said that this place is a big bin, sad but true. Balinese beaches although being similar overcrowded are definitely more clean. It is obvious that the throng of tourists leaves throng of rubbish but it is carefully cleaned every evening. Bali beaches are unique, they are amazing lagoons with white sand, turquoise waters and coral reef. Many of them are just empty with no people and no noise. They are perfect places for relax. Everyone can feel as if they were in a real paradise. Some of Balinese beaches are black, just because of black volcanic sand, no chance to see one in Thailand. The Dreamland beach is a surfers’ mecca. Watching them being on waves can be really unforgettable experience. The beach itself is picturesque, with soft white sand and a lot of sun. The most quiet beach is Nusa Dua where tourists can observe huge waves to be crashed about coral reef. Near Padang Bai there is Blue Lagoon with perfect places for snorkelling. 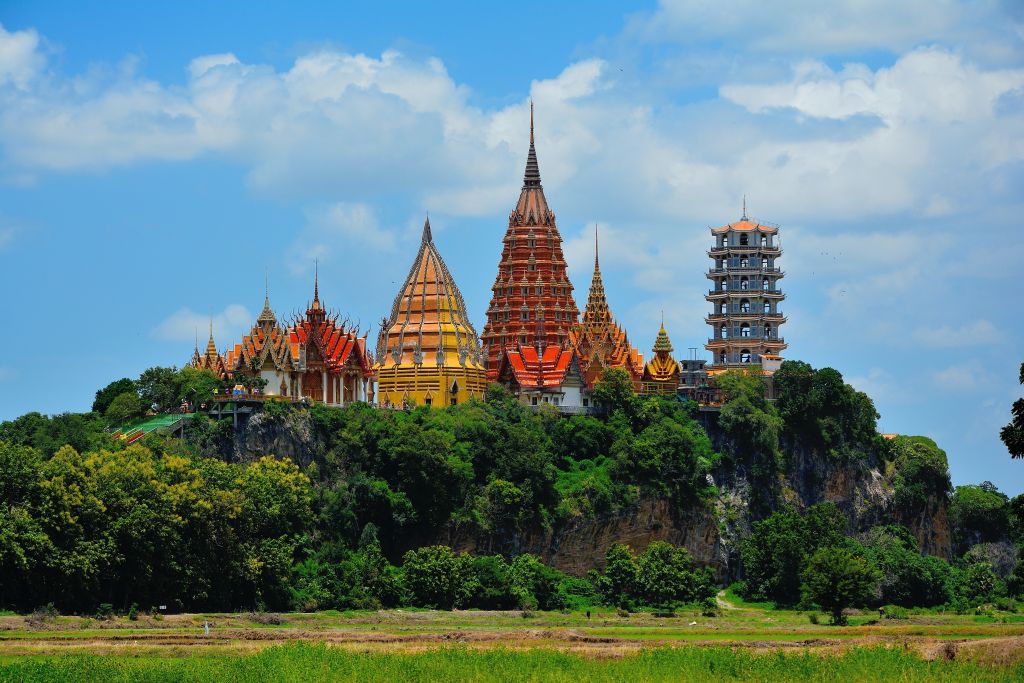 Bali is tourist-oriented and that’s why it is a very safe place. Having faced two terroristic attacks in 2002 and 2005 the security definitely has improved. Nothing wrong has happened on Bali since then, and the only inconveniences are left-handed traffic, tricksters or possible volcanic eruption. In such a case tourists are kept on the island and have to wait until everything calm down.

Unique culture makes Bali unbeatable in comparison to Thailand. The point is its culture, mysticism, and unique atmosphere that cover the island. 350 years ago Hindu arrived here. Those who didn’t want to be haunted due to their religion felt much safer on Bali. It was them who introduced that remarkable atmosphere. Incenses, small altars, gifts for the gods all of it cause that newcomer feels just relaxed and fantastic here.

Despite being much smaller Bali has much more to offer. Within a reach there are huge volcanoes, golden beaches and old mysterious temples. In fact, you can learn a lot about Bali without moving too much. Moreover, Bali is the more often visited island in the world. Right? The best way is to come and check on you own.