Indonesia is a very diverse country. This diversity manifests itself not only in geographical location but also in flora and fauna. Variety of terrestrial an aquatic species is the biggest in the world. Indonesia is a part of oriental land and is located in tropical climate zone. In the course of evolution many groups of animals were formed right here, in South Asia. With time passing on, those species moved to a neighbouring area. Indonesia is even more attractive due to the Wallace Line that runs through it.  Wallace line is a faunal boundary line drew in 1863 by British naturalist Alfred Russel Wallace. It separates the ecozones of Asia and Australia.

As it was already said it was a British naturalist who proposed that line. It is a natural boundary between the oriental and Australian faunal regions. The line extends from the Indian Ocean, through the island of Bali and Lombok, further between Borneo and Celebes, and eastward into the Philippine Sea. Some of the island divided by line are within a sight, so the question arouses, how comes that two islands being so close got such different species? It is due to sea level fluctuations over the years. Nowadays Indonesia is an enormous archipelago, but million years ago it used to be a part of continental Asia. Walking from Malesia to Bali was as easy as pie. There used to be one big continent, one consistent piece of land. Therefore animals were moving freely over the whole area. However, Bali could leave only those species that were able to swim and were well adapted to water. So those which succeeded in crossing the sea mixed up with the species that naturally inhabited the area of Australia. When sea level had risen and the mainland turned into islands the animals were cut off from their natural environment as not being able to return. 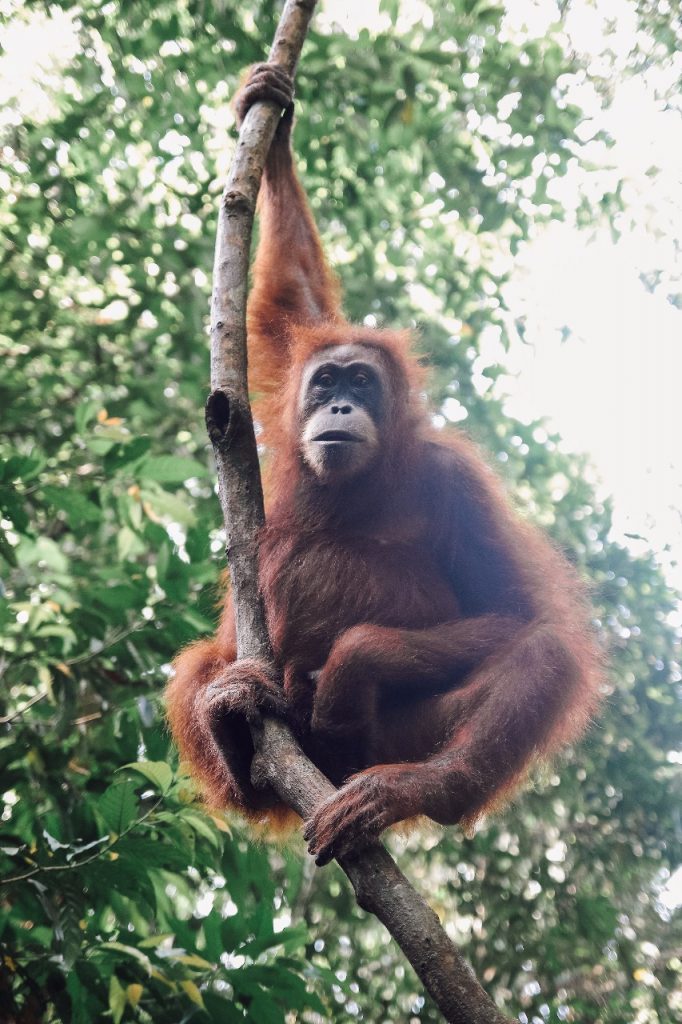 Indonesia is a home for many different species of animals including the most interesting, critically endangered ones. Most of them are endemic and can be seen only here, but facing them is not easy. To the most famous belong orangutans that can be seen in their natural environment in Gurung Leuser National Park, Sumatra. Around 5 000 apes live there and it is them that attract so many tourists from all over the world. However, there are many other animals in the Park like about 300 elephants. They can be met only deep inland, where no people and no tumult reach. There are also Sumatran tigers. It is estimated that around 60 of them can be found, together with more less 40 rhinos. Apart from critically endangered animals there are many other species like endemic Thomas leaf monkeys, gibbons, numerous snakes, and over 300 types of birds.

Only in West Papua, Alfred Wallace has classified over 120 000 different kinds of animals, many of them being endemic. Were we to list some of them, there would be cassowary right at the beginning. Cassowary is ratite that is native to the tropical forests of New Guinea and Australia. It is third-tallest and second-heaviest living bird, smaller only than the ostrich and emu. Next to be listed is an outstanding bird of paradise, critically endangered, first-nicest bird. Apart from them West Papua boasts about numerous kinds of kangaroo like wallaby for example, much smaller and neat than the regular, well-known kangaroos. Another species worth being mentioned is cuscus, medium size animal, with large alluring eyes, covered with thick woolly fur. It is really an endearing animal. Anteater is a mammal that can be met in more quiet places where are not many people and noise. Papuan sky is a home not only for many birds but also for bats. They are very common in the area, and some of them, like flying foxes  for example, achieve a wingspan of 1,70 m. 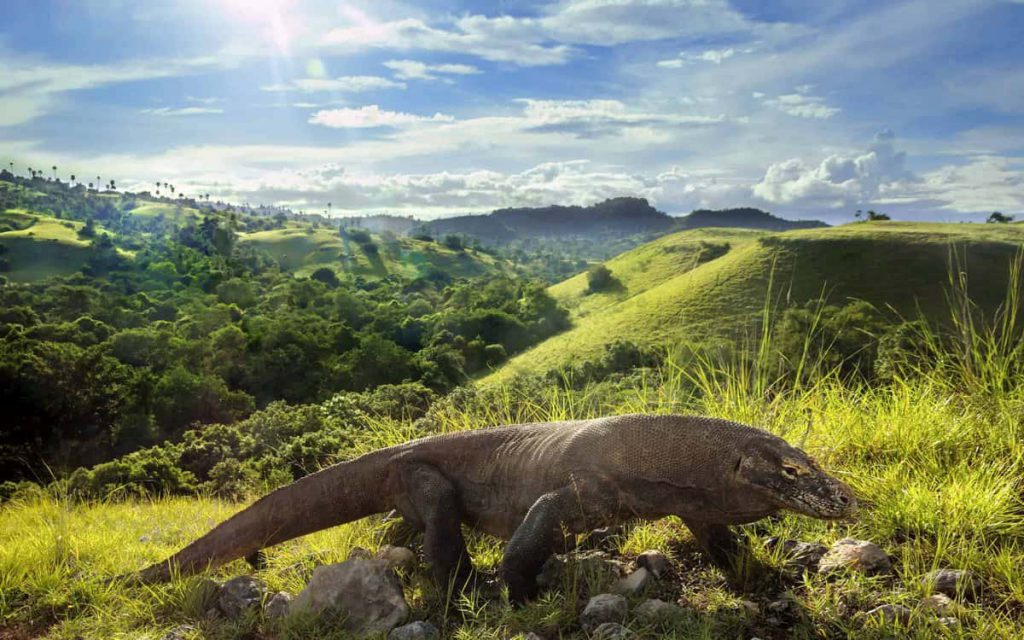 They are the Komodo dragons, also known as Komodo monitors. It is the largest living species of lizard, growing to a length of 3 meters. They can be met in the island of Komodo an Rinca, and all nearby islands. Why it is them that survived up to now it is not known. The whole prehistoric world became extinct, large amphibians, enormous reptiles, colossal birds apart from them. Monitor lizards appeared in the area about 900 000 years ago and came here from nearby Australia. That species is about 40 million years old. They were gradually moving into West having reached Indonesia where they finally settled down. The world learnt about them in 1910. In 1980 a National park was founded to protect them, and in 1994 it was inscribed into UNESCO list.

New Guinea is also a home for emerald tree monitor, it is a small to medium sized monitor lizard, they grow to a length of about 70-100 cm. They usually live in the rainforests or mangrove areas. In mangroves and waters of Siretsy river live also enormous, growing to 5 meter estuarine or salt waters crocodiles. They are very dangerous reptiles. The government proclaimed them to be protected and they cannot be hunted.

Raja Ampat is a region of coral reef with very diverse underwater flora and fauna, that is the richest in the world. In 2014 there was a record broken of the number of fishes being seen during one diving. In coral reef of Indonesia over 3 000 species of animals live.

There are so many animal species in Indonesia, so diverse, unique, endemic and critically endangered, that there were 44 National Parks founded in the country including both land and waters. They are to protect flora and fauna, help to regenerate, and reconstruct. The most important are Gunung Leuser National Park, and Bukit Barisan located on Sumatra; Lore Lindu on Sulawesi, leaving alone the wold famous Komodo National Park. Fauna and flora of this country is very unique and it is appreciated both by the authorities and tourists. It is worth visiting Indonesia and its National Parks just to see what cannot be seen even in best European zoos.